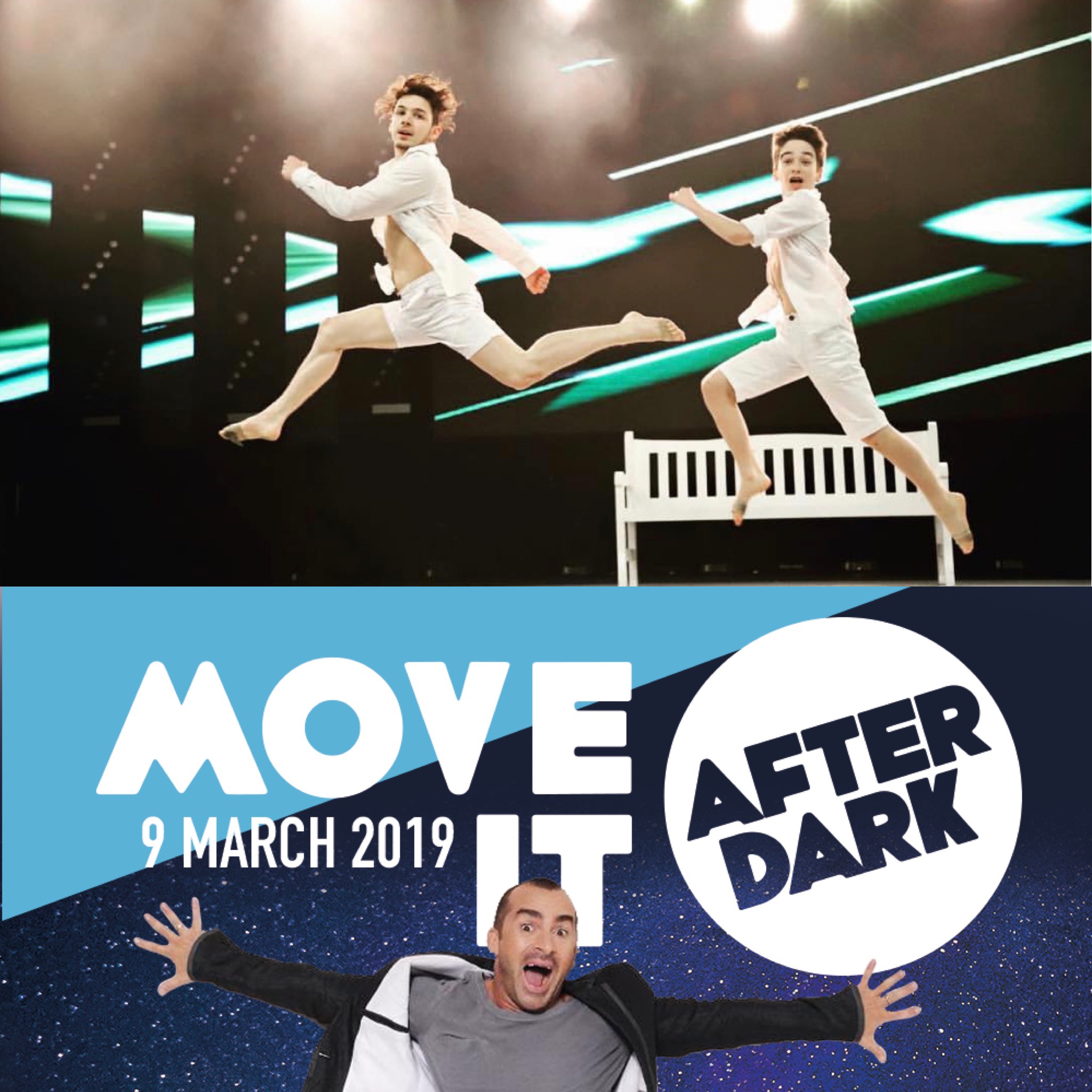 James & Oliver were selected to be one of the Headlining acts at Move It 2019 and were part of Move It’s first ever After Dark Show. They got to perform alongside amazing acts such as Hip Hop Royalty, The Royal Family who are a Street group from New Zealand, Prospects Fraternity, Company Jinks and so many more talented acts.

James & Oliver got to perform not only once but twice at the Worlds biggest dance event at Excel in London, which is an experience they will never forget.